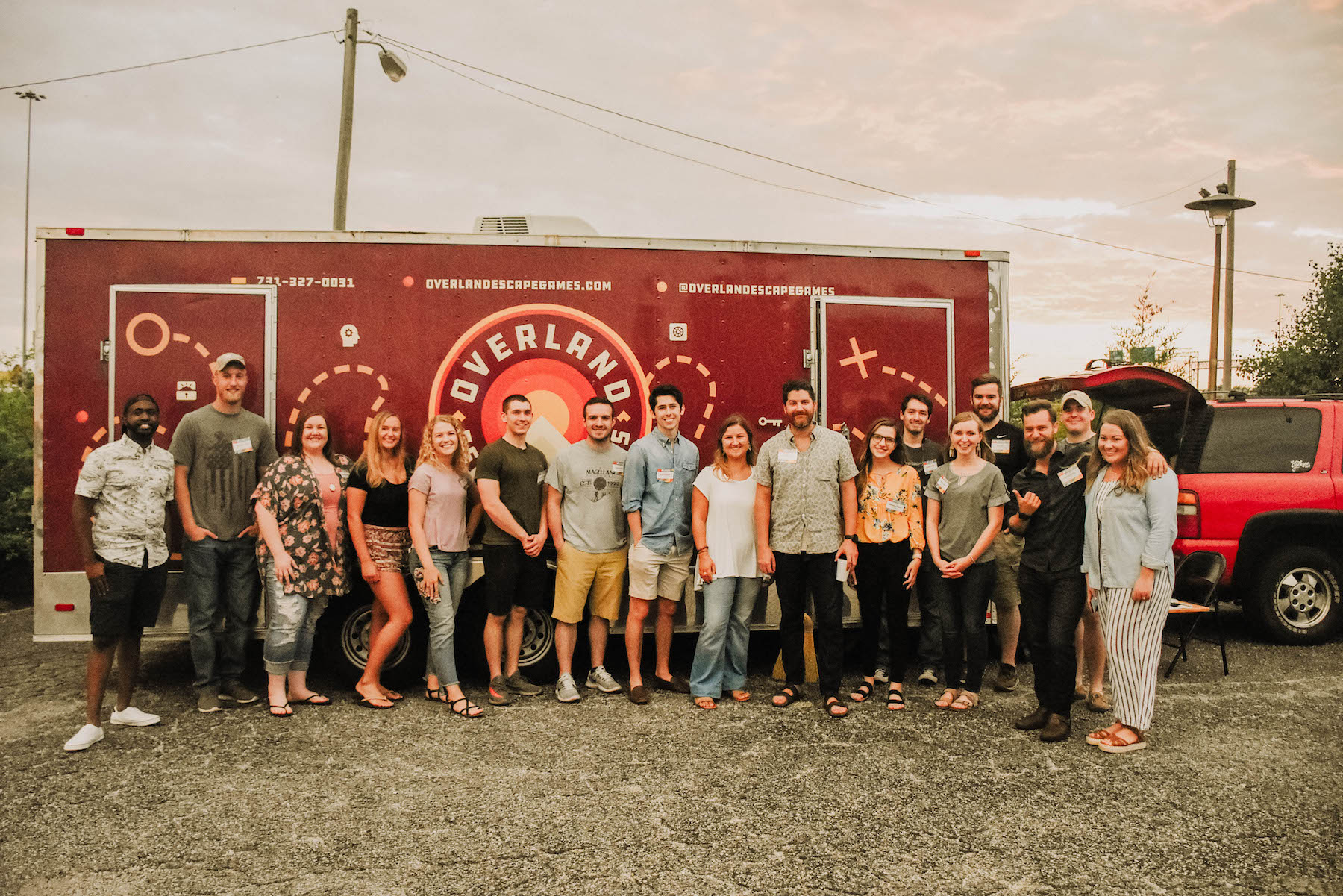 Benjamin Franklin famously said, “Either write something worth reading or do something worth writing.” Thanks, everyone, that’s a wrap. I’ll pack up my keyboard and mosey on down the way. (I truly imagine good ol’ Ben giving an excellent rendition of a mic drop and sashaying his way off stage.) The truth is that if anyone understood the pressures of big Ben’s statement, it was him. He knew the power of creation and innovation.

When you turn to Merriam Webster and his dictionary to unlock the true meaning of innovation, he gives you bupkiss.  “Innovation: the action or process of innovating.” Gee, thanks. Who doesn’t love when the dictionary throws shade and makes you feel like a moron? For those of us at the kids’ table, to innovate is merely the act of creating something new. The show Shark Tank probably springs to mind when you think of innovation. Cue the pitches, the sharks shooting down dreams, and random products being launched into the world. While this is a fantastic example of innovation, innovation comes in all shapes and sizes. It doesn’t have to be a product but an experience. Maybe you aren’t discovering a new sponge that can remove mold on the space station, but a new opportunity for your community. Perhaps, you are opening up artistic arenas for underdeveloped neighborhoods. Innovators are all around you, you just have to know how to look for them.

So, that sandwich you make late at night that no one can comprehend how it tastes so delicious is an innovation. (Think of the sandwich Monica makes for Ross on Friends. If you don’t get that reference, shame on you. Friends is practically an American staple, like baseball and apple pie. You know it’s a big deal when viewers rioted when Netflix threatened to take it off. One hundred million dollars later and the world is happy, but I digress.) Whether you are inventing the next mouth-watering sandwich or billion-dollar television show, you are a part of the world of innovators.

The ultimate question up for debate here is how do you spot an innovator? Do they dress a certain way? Is there an accent or a distinct language pattern? Are there symptoms to diagnose yourself or a loved one as an innovator? (You could go and ask WebMD but it will leave you sorely disappointed.) You can typically spot an innovator by the twinkle in their eyes when they speak of a passion project or the way they lean in to discuss the newest idea they had last night. Some innovators are more reserved and may only reveal their dreams when it feels safe enough to do so. Never underestimate the innovator! Imagine a man coming up to you and saying he is going to make a company worth over $160 billion with its prime focus being an animated mouse. “Mr. Disney,” I would have said. “Don’t quit your day job.” Or, what about a man who says a franchise with life-size teddy bears, a girl whose hair is styled like cinnamon buns on the side of her head, and a man in all black who hates everyone set in outer space will one day be worth over $46 billion? (Cue soda spewing from my mouth as I guffawed.) While these examples are the far end of the spectrum in results, my point is they didn’t start as billion-dollar ideas. It was one thought that led to another.

Jackson may not have Walt Disney or George Lucas, but it is home to many innovators. Lee Wilson, owner of Jackson Escape Rooms, is one of the first Jacksonian innovators to spring to mind. (If you have never been to the Jackson Escape Rooms then throw down your device and go immediately. One of my all-time favorite rooms was called “Detention.” You were handcuffed to one another, Harry Potter references were made, and the uber-nerd in me came alive. It was wonderful!) Who would have imagined that one day we would pay strangers to lock us in small rooms where we cannot get out unless we solve puzzles or ultimately fail? Can you imagine that conversation? “I want to lock people in rooms with each other for fun. Oh, and they will pay for it, too!” Yeah … going to say I would have been a big downer in that conversation.

Lee’s passion for Jackson and its potential is infectious. One conversation with him, and you will leave feeling inspired to create something worthwhile. Lee, a Texas native, is a transplant to Jackson and shared with our participants that it took time for Jackson to grow on him. It may not have been love at first sight, but there is no doubting his love for the Hub City now. Lee encouraged participants to see the opportunities in Jackson. “You could look around and be frustrated that there are too many chain restaurants or not enough activities you want to participate in; or, you could see it as the opportunity it is. Jackson is waiting for you.”

Lee’s escape room success brought him to the attention of L.A. casting agents searching for talent for a television series called Hunted. The concept was simple, contestants would have to outrun members of the FBI, CIA, Homeland, and every other alphabet agency in the U.S. to win the grand prize of $250,000. Lee and his friend, Hilmar Skagfield, won the series. (There were many “huzzahs” and “opas” heard in Jackson that night. What? You didn’t shout the fabulous Greek expression of joy when Lee won? Just me? Moving along, then.) Lee’s success on television appears to only have fueled his passion for Jacksonians to understand that the world is at their fingertips even from the home of a small city.

Lee has been encouraged, inspired, and supported by many at theCo. TheCo is a non-profit hub for local innovators and entrepreneurs. The ideas flow freely, creation is encouraged, and if you added a barkeep and a few bottles of alcohol it would probably be a happening nightspot. Limitations are acknowledged but not feared. TheCo provides more than space to create, with a 3D printer, laser, saws, and other creatives theCo is the hub of innovators in West Tennessee. At the heart of theCo, are members who desire for all of West Tennessee to experience technology and creation. Their mobile Innovation Labs travel around exposing kids and kids at heart to technology such as drones and virtual reality.

Dan Drogosh, theCo operations manager, spoke to our Experience Jackson participants about his passion for not only providing a space for innovators but encouraging young innovators in the community to seek out their passions. He explained theCo’s participation in Dev Catalyst, a coding program focused on encouraging and educating teenagers in several aspects of coding. “Most coders today learned to code after they left college,” said Dan. “They are basically self-taught. But, these students are entering college fully prepared and equipped to take on collegiate level coding courses.” On top of an excellent education, students get to compete for an all-expense-paid trip to San Francisco where they tour companies such as Google, LinkedIn, and SalesForce.

As with Lee, Dan’s passion for innovators in Jackson was evident. He excitedly asked for questions, explained each piece of equipment in the maker space, and engaged with participants in all realms of conversation. Dan is also a Jackson transplant, originally hailing from Michigan. (Welcome to the warm air and little snow, Dan. I didn’t get a chance to ask Dan if he now bought bread and milk when an ounce of winter weather is predicted. That is when you know you are one of us.) Dan has been with theCo since the beginning and excitedly spoke of their approaching five year anniversary.

While participants munched on their Chick-fil-A, A.J. Massey, vice president of Bank of Jackson on Oil Well Rd., spoke with them about finding their strengths and weaknesses and how that fits in with the members of the community around them. A.J. has been in Jackson for almost 28 years and is proud to call this flat spot of Tennessee land home. “I love that Jackson is big enough to get lost in,” he said. “You can go to dinner and see no one, or you can go to dinner and see 50 people you know. It’s a wonderful balance.” A.J. encouraged participants to find their place in whatever community they choose and to use their talents freely within it. We could not be more proud to call all three of these men Jacksonians.

Participants capped off the evening escaping a mobile escape room, playing with robots, and goofing off with some virtual reality. It was a pretty stellar way to spend a Thursday night. I hope all Jacksonians see the potential to not only be an innovator but to be an innovator in Jackson. There are avenues of exploration and potential around every corner you turn. I love people who create! They understand that the world isn’t made just for them. They exist to make the world better, too. Innovators, creators, bring to their communities what is missing and give a piece of their heart in the process. So, go hug the innovators in your community. Unless they don’t like hugs, and then a simple high-five will do.